On the start map enter the fourth episode way, hop into the water but immediately backtrack so you sink down right beside on the wall next to the start area. You will drop onto a wooden ledge.

Walk on it to the left where a corridor awaits. You will see the message "This passage selects NIGHTMARE skill!" At its end a teleporter portal labeled "nightmare" lets you select the nightmare skill by walking through it.

The Dopefish in the Well of Wishes[edit]

The most prominent easter egg in Quake is the hidden Dopefish. You can find it on the third map of the second episode the Crypt of Decay (e2m3). You can directly load that map by entering "map e2m3" in the console.

At some point you will stand on a bridge with a nail shooter in your back. Turn around, facing the nail shooter. You will see two alcoves (watch out for Ogres), on the right one is a Quad Damage. Jump on that one and you will see a small ledge on the side. Follow that ledge (not as easy as it looks) and you will find a corridor with some health packs. Follow it to its end to drop into water. "The Dopefish Lives!" 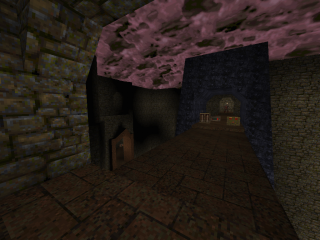 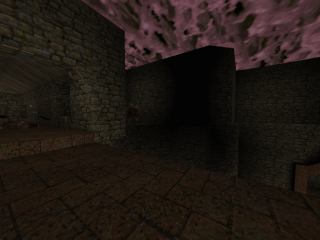 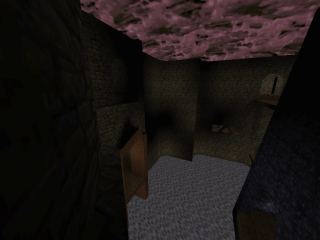 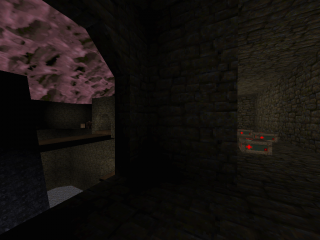 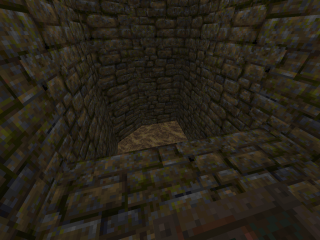 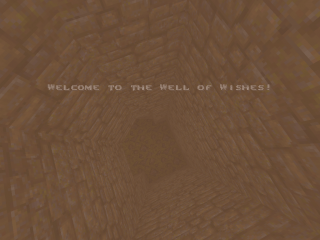 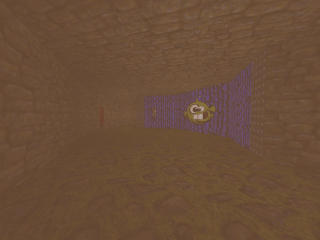 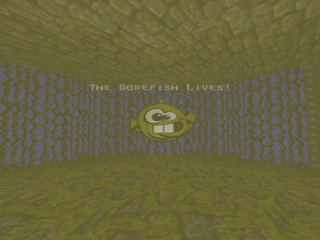 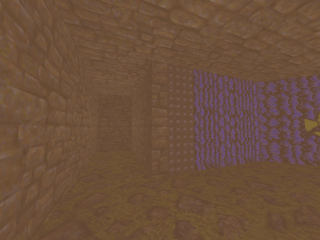 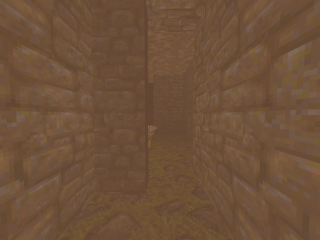 To exit this hidden area swim into the short corridor on the left. The front wall will open to let you enter another (normal) secret with a yellow armor and mega health to resume the level.

A hint to the hidden area in which the Dopefish hides is given on the start map right before the hidden nightmare teleporter. See above for how to find that. When you go up the stairs in the hidden corridor there is some flaming wall decoration in front of you. Shoot it or hit it with the axe to see the message: "The Well of Wishes awaits in the Crypt of Decay!"

On the secret level the Underearth (e2m7) there is another special secret room. The entrance to The Underearth is hidden in the Crypt of Decay, but you also can directly load that map by entering "map e2m7" in the console.

There are several murals of a demonic face placed across the entire map. When you shoot all of them, a secret door in the flashing corridor area will open, revealing the secret room. Within you will find the "raven symbol" and initials TW & TC, attributed to Tim Willits and his sister Theresa Chasar. 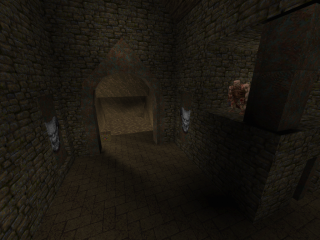 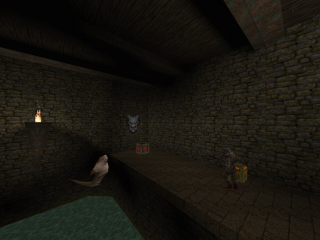 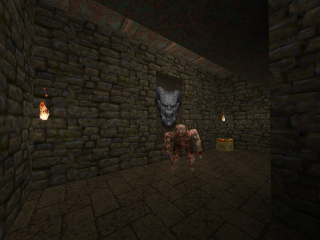 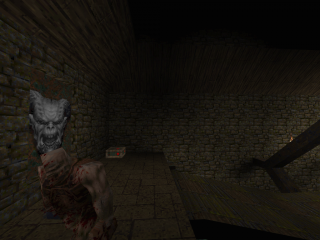 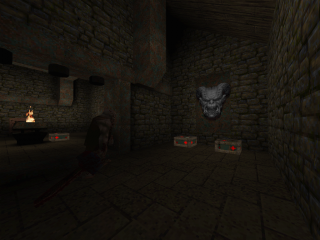 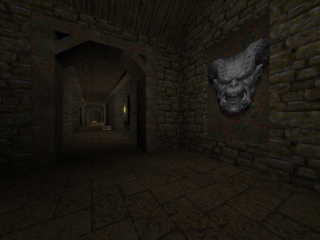 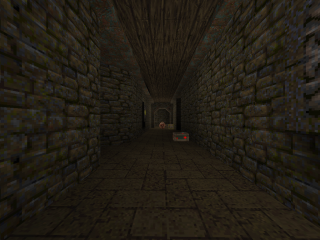 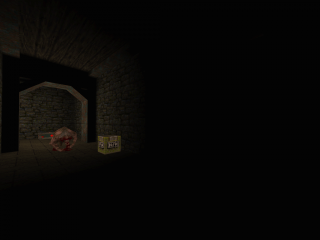 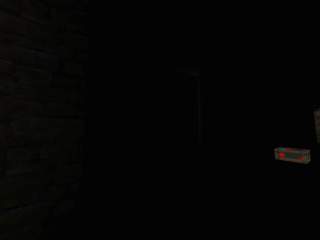 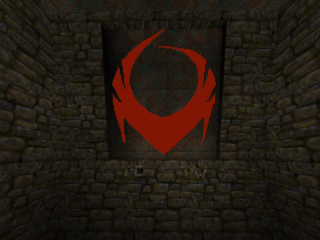 In the aforementioned area the Nightmare Mode portal is, if you shoot or hit the outcropped skull texture on the wall in the hall, it will say, "The Well Of Wishes awaits in the Crypt Of Decay!" This hints towards the Dopefish easter egg also mentioned earlier.